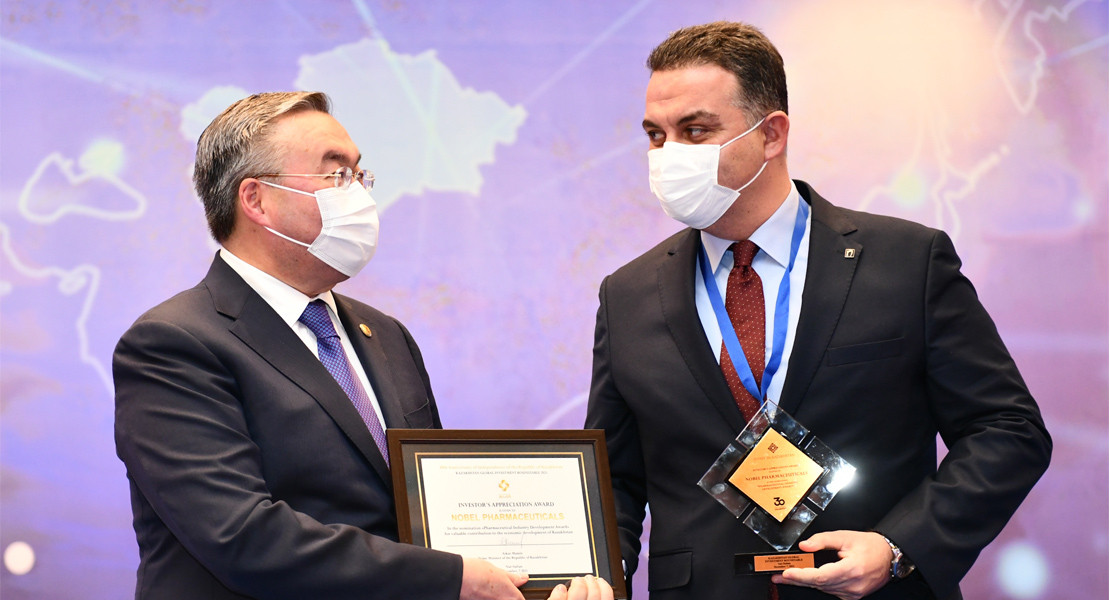 On December 7, 2021, under the chairmanship of the Deputy Prime Minister, Minister of Foreign Affairs of the Republic of Kazakhstan Mukhtar Tleuberdi, the annual round table on global investments "Kazakhstan Global Investment Roundtable" (KGIR 2021) was held. This year the event was dedicated to the 30th anniversary of Kazakhstan's independence. More than 1000 delegates took part in it - representatives of foreign business, large investors and world experts from 50 countries of the world, including top managers of large global companies.

As part of the event, panel sessions were held, during which topical issues of the investment climate development were discussed, B2B meetings with foreign partners were held to discuss the implementation of investment projects in Kazakhstan. As a result of the roundtable, investment agreements were reached and 30 commercial agreements totaling more than US $ 2.1 billion were signed and a number of non-commercial documents in several industries, including healthcare and pharmaceuticals.

Today, Kazakhstan remains the largest economy and major business destination for international business in the Central Asia region due to the country's favorable investment climate. The development progress achieved by Kazakhstan would not have been possible without the valuable contribution of the global investment community. Thus, Kazakhstan, as the leading economy and driving force of the region, is fully committed to further deepening relations with the country's main partners.

This significant, large-scale event ended with a solemn ceremony of awarding the best investors, who became reliable partners of the Republic of Kazakhstan and made a significant contribution to the socio-economic development of the country, contributed to the growth of its welfare and prosperity. The award for contribution to the development of the pharmaceutical industry was awarded to NOBEL PHARMACEUTICALS, which is implementing one of the largest projects for the medicines manufacture in the Kazakhstani pharmaceutical market. Thanks to the investments of the company, a modern enterprise that meets GMP standards has been created and it successfully operates in Kazakhstan.

Any questions or suggestions?

Contact us on the phone convenient for you, or write to us.

Watch the presentation of our company